Mrs. Ebony Blair-Jones’s 6th grade students at CICS Wrightwood are regularly asked to complete two projects a month in their social studies and science classes that focus on a particular theme. In honor of Black History month, she wanted her students to look beyond slavery and recognize the contributions that their culture has had on today’s society. The two projects  Ms. Blair-Jones class created were to help her students to not only own their history but also to educate others.

The first option was to create a virtual museum titled, “Honoring our Past." Students were provided a list of focus areas that included literature, music, military and politics where African Americans have made significant contributions. They had to research the  notable icons they chose and, using credible resources, create a  virtual museum with samples of what their selected ico

Brooklyn Nailer’s virtual museum included notable African Americans such as singer and activist Nina Simone, writer and poet Maya Angelou, as well as the all-Black Illinois 8th Infantry Regiment founded in the 1870’s who later fought in WW1 as the 370th Infantry in France.

The second option for studen 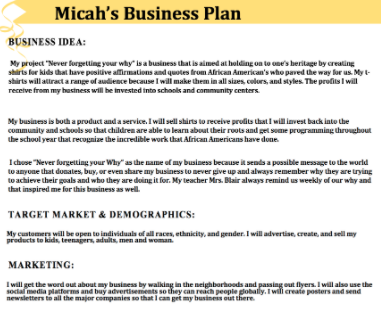 ts asked them to create a non-profit organization with a business plan that would preserve African American history, support the local community and also inform others of the rich history of African Americans contributions in the US.

Micah Eversley’s proposal was to open a non-for-profit t-shirt business. The organization’s t-shirts would be emblazoned with quotes and pictures of famous African Americans. In this way, Micah believes that other students will be a 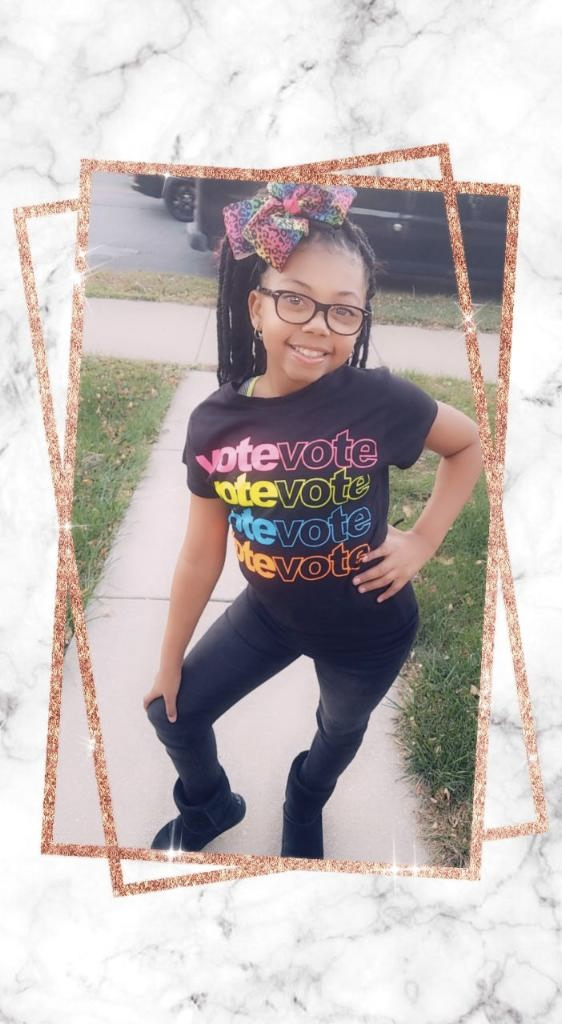 ble to honor persons who have paved the way for them and also inspire those earing the t-shirts to do great things in their own future.

Mrs. Blair-Jones’ goal for these projects is to “encourage self-learning and self-love through a hands-on approach that requires my students to be able to do research, become critical thinkers and to always value and appreciate who they are and where they came from.” Celebrating Black History Month through Project-Based Learning is one of many ways students can learn the many contributions of African Americans in the United States. What a great way to celebrate past, present, and future notable African Americans!

Mrs. Ebony Balir-Jones has a BA in Elementary Education from Chicago State University and a Master in Higher Education Administration. She is currently completing her Certification in Special Education with an expected graduation date of May 2021. She is also the mother of two children, a three and an eight year old.